by
The Giant's Dream

Tell me about the EP - is there a concept behind it?

Yes. The last year we've been working on an album, that actually now is finished. The songs on "Aeons bygone" were actually for the album. But somewhere in the chaos of rearranging and forming the album we saw an outgrowth with another and less serious theme. And the theme we saw was a pulp science-fiction theme. And I guess that is the concept behind the EP "Aeons bygone". In the music and atmosphere at large we have tried to capture the feeling you get from a magazine like "Astounding Stories" or a movie like "Humanoid Woman".

More "precise," the EP "Aeons bygone" tells the tale of the rise and decay of a universe in a kind of strange and implicit way. Overlaid on this and more explicit is a story about a party of people on some strange mission that takes them to other worlds were they encounter great deserts, war and death, but also find peace with themselves and the universe they live in. This is our interpretation of course, if someone comes up with their own it's just as valid - the music in itself is just music, nothing else. The concepts and interpretation we have imposed on it should not be seen as a rigid and final "this is what is," I hope there are room for alternative interpretations, that might or might not incorporate and maybe change what we think about the EP.

The Giant's Dream is: Emil Johansson and Joakim Westlund.
All songs on "Aeons bygone" written, recorded, mastered and conceived by The Giant's Dream during 2006.
Visit us at www.thegiantsdream.tk
Contact us at j dot westlund at spray dot se 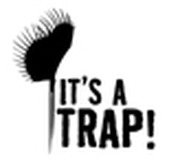